At the Foundation of Today’s “Buona Tavola”

At the Foundation of Today’s “Buona Tavola”: i Maestri Monzu’, Masters of “Buon Gusto”, and The Neapolitan Noble Cuisine.

On October 21 the Maestri Monzu’ are traveling from Naples to San Francisco to celebrate with the Italian, and the Italian American Communities, the Mayor of Naples Hon. Luigi de Magistris, and the artists of Naples’ Teatro di San Carlo on the occasion of the United the Two Bays Concert featuring the Teatro di San Carlo’s, and the San Francisco Opera’s choirs and orchestra at the San Francisco’s War Memorial Opera House in Verdi’s Requiem under the direction of Maestro Nicola Luisotti, musical director of both Opera Houses, and Naples’ and San Francisco’s beloved orchestra leader.

Besides hosting Napoli che Canta e Incanta, (www.davincisanfrancisco.com) a Gala for the People and the Elite, which will be held at the San Francisco Italian Athletic Club on October 24, the Maestri Monzu’ will also appear in conference at the Italian Cultural Institute for a conversation/conference with Carol Filed.

Who are the Monzu`? 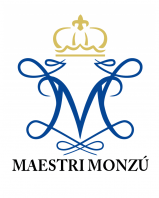 The earliest experience of deliberate fusion cuisine, the Neapolitan Noble Cuisine emerged during the 17th century when Marie Caroline of Austria was betrothed to Ferdinand IV of Bourbon, King of Naples. The refined and gentle Queen believed that even though based on fresh fruit and vegetables as well as poultry, fresh meat, and fish the Neapolitan cuisine was rather rough, lacking the levity, the flavors and the colors of the haute cuisine to which Marie Caroline was used. Seeking remediation to the lack of diversity of the local cuisine, and to internationalize the Neapolitan palate, the young Queen called many of the time’s most celebrated chefs to the capital of the Kingdom of two Sicilies. Their task was to evolve the culinary palette of Neapolitan nobles and crown’s subjects, and to color the local cuisine with the tastes, the flavors and the ingredients of French, German, English and even Asian cuisines. The Chefs, who were adulated like Kings and famous composers, elicited such respect that the Queen conferred them the title of Monsieur among the Bourbons was an honorific title reserved traditionally to the King’s brother. In a few years the Monzù—this is the Neapolitan pronunciation of the French word Monsieur—become a mythical presence in the Neapolitan collective imaginary transforming a basic “pasta and pomodoro” cuisine into one of the most elaborate, exquisite and even though simple and natural, tasteful gastronomic expressions of Europe.

On the occasion of the arrival of the Monzu’ to San Francisco Angelino Restaurant—www.angelinorestaurant.com–of Sausalito will feature a week of Neapolitan Menus, while on October 26, 2013 the restaurant Locanda Positano—http://locanda-positano.com–of San Carlos will host an Evening with Maestri Monzu’s specialty dishes.

Under the auspices of the Consul general of Italy, Mauro Battocchi

The Mibac,The City of Naples, Regione Campania and The Chamber of Commerce of Naples

At The Roots of Today’s “Buona Tavola”, is a Campania Felix, LLC production